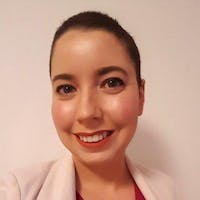 It has been a hard year for everyone, and something that happens in hard years is that we have less patience for little annoyances because all our energy is spent keeping... /gestures at everything/ at bay.

So I've been seeing more and more women in tech, who normally put up with all kinds of little pieces of everyday sexism, start to crack. They're starting to wonder if tech is right for them, if everything companies say are just designed to keep them quiet, and to question how they can "be the change" while still keeping themselves sane in environments where they feel unwelcome and sometimes under active attack.

This piece is not aimed at those women. They've had enough of people telling them how they can adjust their attitudes, or (almost worse) pointless platitudes of how they've "got this". None of that solves the problem.

This piece is also not aimed at any men looking for some feminist boogeyman to rail against. Sorry to disappoint you, but I'm just trying to make everyone nicer to each other.

This piece is for the male colleagues and managers out there who want to help but don't know what they can do to make the workplace more friendly for women. Let me help you help this industry to become better.

Ten Tips for Making Your Workplace Friendlier to Women

(P.S. Yes I will turn this into a talk for your next conference, just ask.)

Not sure where to find women in tech to follow on Twitter? Try starting with some of the women in this thread:

Some parting words... You have power.

If you are a man or a person of any gender in a position of power at a workplace, then your voice is going to be heard in a way that is different to a woman who is a junior developer, for example. You might say the exact same things, but where she's seen as a PITA, you're seen as 'woke' or a 'bleeding heart' or 'defending your colleagues' or similar, depending on who you ask.

Please use this power for good. Back up your women colleagues, listen to them, ensure they are heard and valued for the right reasons. Don't put pressure on them to represent women everywhere. In the end, most women just want to do the work, have a good time with their colleagues, and not have to be bothered by reminders that they are still, in 2020, often stereotyped as less capable.

The time has come for all of us, and particularly men, to stop saying it's all fair, and start making sure it's all fair. 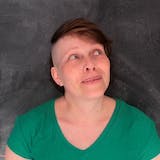 A translator transitioning to development

Great text, Anna! Even though these ideas have been lying around for some time now, there are still few people in IT presenting them so clearly and frankly, especially here in Brazil. Would you mind giving me permission to translate it to Brazilian Portuguese and publish it with a direct link to your original text?

Thank you, Anna J McDougall ! I'll make sure to do that and leave the link here later. Cheers!

Hi, Anna J McDougall! The translation is published here, and the link to the original text, with your name, is right at the top of the text: sheilagomes.medium.com/dez-dicas-para-voc%C.. If you, or someone you know who understands PT-BR, find anything incorrect, just let me know and I'll edit it! Thanks!

Well said Anna, about time we got some hands-on tips! I really like how simple the tips are, no excuses not to implement them. 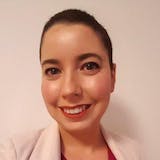 Hahaha I added that as a joke but hey, if something comes of it I won't complain 😂 Glad you liked the article Chris! I'm no scholar or expert but some of these little tips could make some workplaces a lot more pleasant, so hopefully some good comes from it 😊